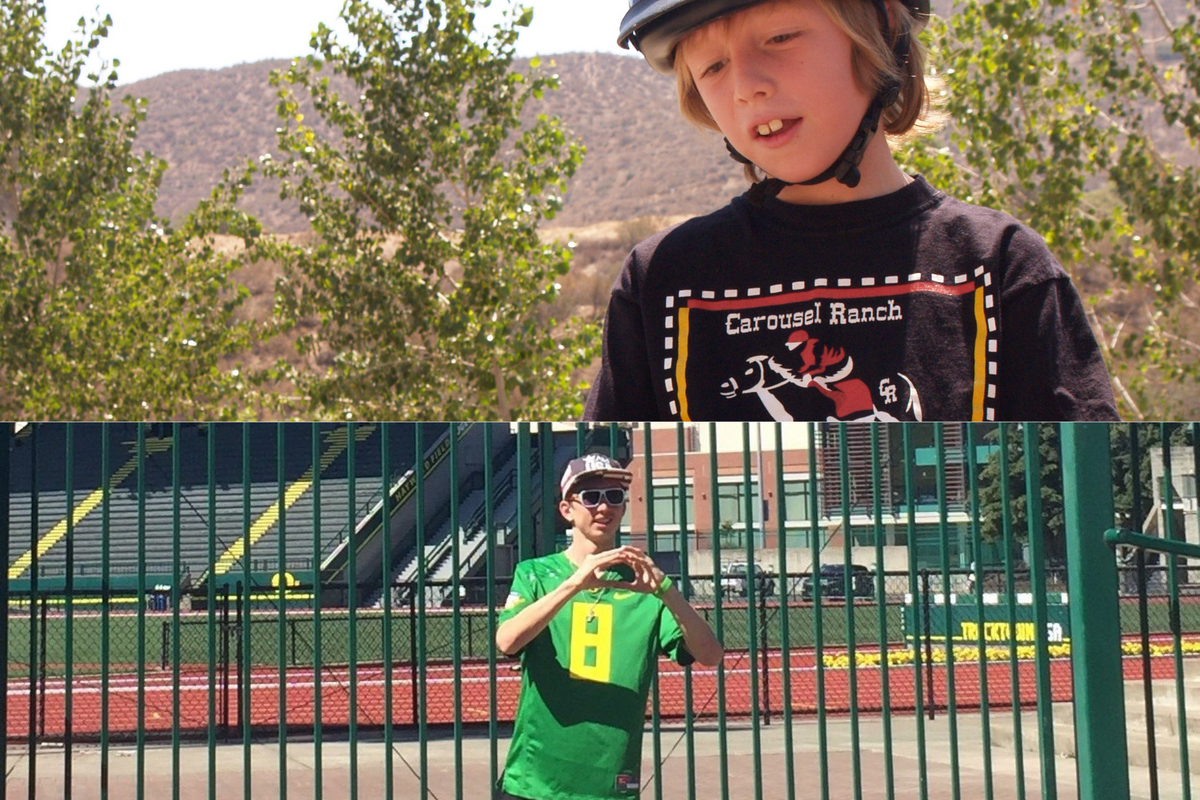 Justin began riding at Carousel Ranch when he was only a year old. His mother’s words describe his experience far better than we could hope to.

“When I think back to Justin's time at Carousel Ranch, I am so grateful for the wonderful experience it was for our family. Justin was born with cerebral palsy and a seizure disorder which affects his gross and fine motor skills and his speech. When he was very young, life consisted mostly of therapy....speech, occupational, physical, you name it. He was constantly being poked and prodded and being told what he couldn't do, or wouldn't be able to do because of his disability. When we found Carousel Ranch, yes it was another form of therapy, but it was altogether different. Justin was having fun! Being on the back of a horse gave him freedom and adventure, while he was getting his much needed therapy. He was getting stronger mentally and physically. The staff and volunteers always had a smile on their face and encouraged Justin at every lesson. At Carousel Ranch, they focus on your ability and each rider is treated like any other child, with dignity and respect. Horseback riding became Justin's sport, when he wasn't strong enough to do any other typical sport. We will always be grateful for the safe, welcoming place Carousel Ranch has always been for Justin and our family.”

Today, Justin is 24 years old and attending his dream school – University of Oregon. He ran cross country and track all four years at Hart High School. He was the first CIF State Champion as a para-athlete. He will continue to run in college for the Oregon Running Club with the goal of becoming an athlete at the 2020 Paralympic Games. In 2018, Gallegos became the first sponsored Nike athlete with cerebral palsy.

His mom continues, “Justin has always been a positive, happy, determined young man and has never let his disability stop him. His motto is #NoSuchThingAsADisability and only wants to continue to inspire people and show other people with disabilities that they can be athletes too. Carousel Ranch is one of the main reasons he has become the young man he is today....because the Ranch always believed in him and taught him to never give up!! We will be forever grateful for our Ranch family!”

You can read more about Justin and his amazing accomplishments here: