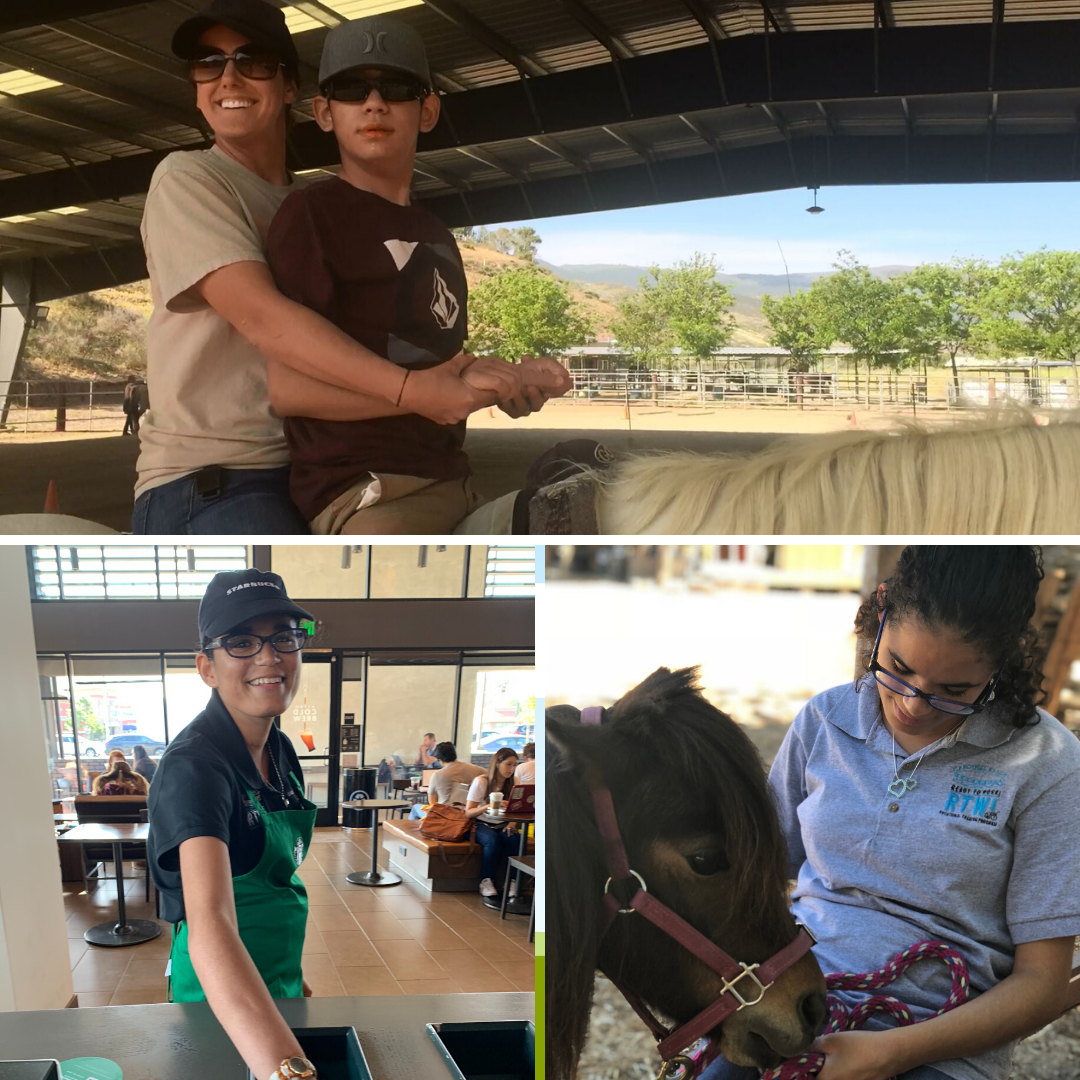 "My son Caleb started riding here when he was three, and he rode for nine years. And as his disability progressed the ranch was always open and willing to take him, and allow him to ride. And this became a very safe place for us. It became a second home.

Caleb had a mitochondrial disease and a seizure disorder, which progressed as time went on. While he was young, he used to run around the ranch, and didn't have a wheelchair. He had physical delays but was quite capable of communicating. But as time went on, and his disease progressed, he was on a feeding tube, and his seizures were significant.

When Katie used to ride with him, he had a device in his chest and she would have to swipe him when he was having a seizure. We always had oxygen with us. And eventually he ended up on a central line and TPN. So, he actually rode with life support. It was amazing when I called the ranch and said, "This is where we're at, can we still come?" And the answer was yes. I will forever be grateful for that.

And again that's why once he passed, it just felt like this just seemed a natural connection for my next child to be a part of the ranch. And I was so excited that she wanted to.

When I thought about bringing Audrey here, it just felt like another extension, another part of home. I feel like Audrey really changed, as she went through the program. When it was just she and I talking about working, she seemed a little bit scared, a little bit worried. But, after each session she would come into the car and say, "This is what they did today. They talked about timecards." She didn't know what those were. "They talked about email." She really didn't know about email. She learned about volunteering versus working. So, each week I felt like it was a building block, and an encouragement for her that she could actually work. As time went on, it became less and less of a scary idea and by the end of the class, I was 100 percent sure that she was going to get a job. And actually in the summer she did have two jobs, one volunteer and one paid position.

It’s so different than dealing with me as her parent. I think that she actually will, have a part time job, and I do think that she will be able to take the bus or some type of public transportation. Six months ago, I would've said there's no way, I won't allow her to, I'm too worried about her.

I'm just excited for Audrey. I feel like she has far exceeded what I thought her potential was. I now know that she can do so much than I ever thought she could, and I really am proud of her. I know that she's got a bright future ahead. I think years from now when we look back at the beginning of her employment, her time out in the community and being a part of the community, I know we're going to look back at the ranch, and think, this was the beginning. This is what made it happen for Audrey. This is where she really blossomed and developed, and I'm excited about that."