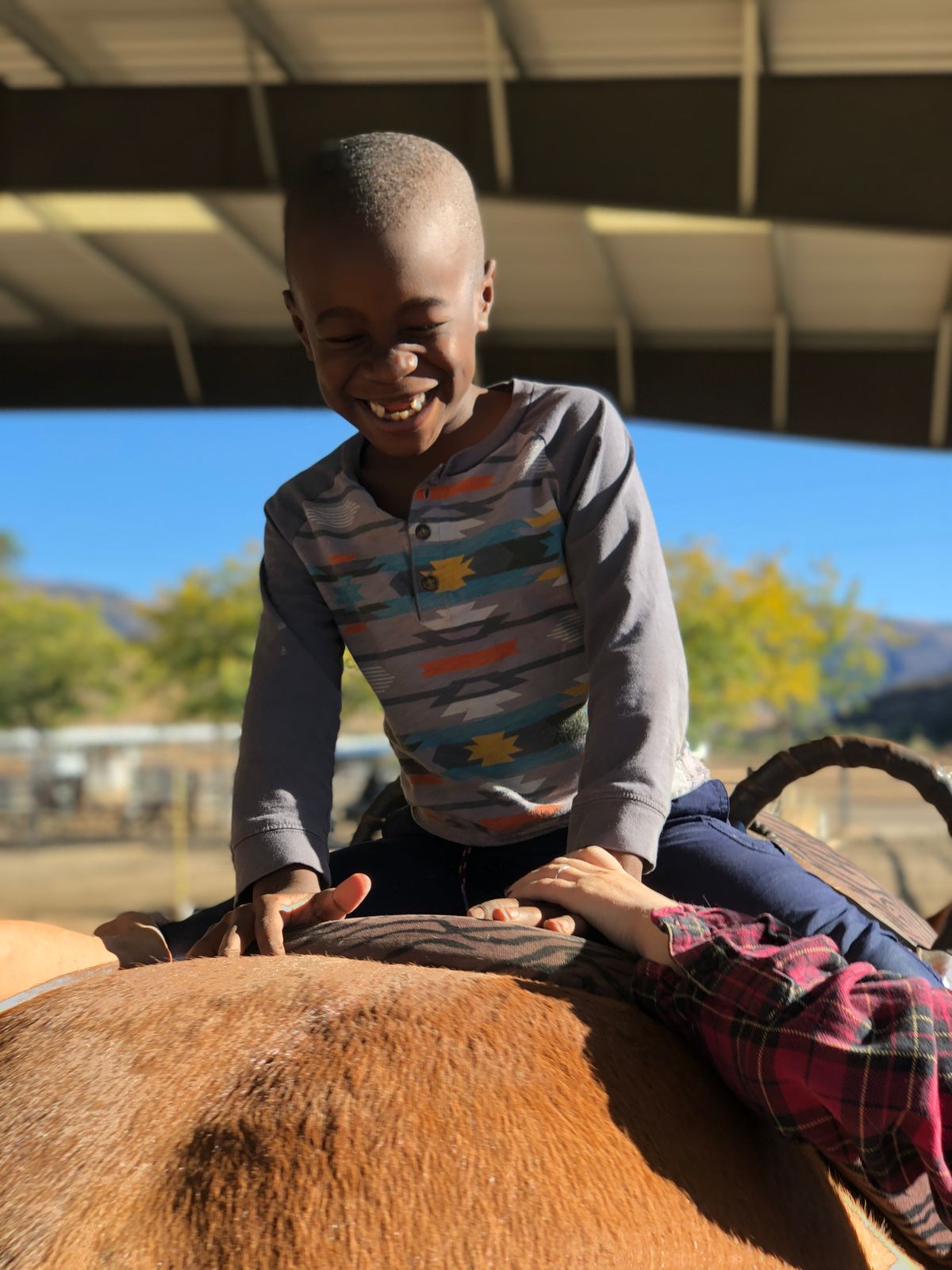 “When we got the call that Victor was at the top of the list, were the most excited parents. Victor is a special child and he's a very brilliant kid. It took him so long to start talking...he’s super active, very hyper. He's a kid you'd look away for one minute and see him on a chandelier swinging. He had, lots of energy, very fast, no chance I could get him, and he had a lot of very difficult behavior.

Victor is in first grade and he is very smart. He can do word problems, add, subtract. But he couldn't talk, so he was a super kid, but because of his behaviors they kept sending us to most severe classrooms, and we thought that it wasn't fair. That's why we wanted him to do anything that would help him focus and calm down.

Before we got in to Carousel Ranch, we were fighting all of the time. This year alone we had six to seven IEP's, struggling to keep Victor in his classroom. There's nothing else we've changed other than coming to this program.

But, after we started, within two to three weeks, we were getting a different behavior chart, where I had to ask, “Are you sure this is Victor?” He didn't beat anybody up. At one point, he had the teacher and all the aids in the classroom out, because they had all broken something. The teacher broke his wrists, the aid had broken an arm, and another, I think his legs. So, that school had to get subs for the classroom completely, because of Victor.

So, because of his behaviors, it was easier to just get rid of him, and put him in a class that had non-verbal, more severe level kids.

When he came here, he calmed down completely. I can't explain that, but calmed down, and was even changed into a mild classroom. They asked, “What did you do?” and I said - “We started horse riding.”

I think it's the magic, it's the energy, it's the horse, it's the exercise, and it helps to increase his focus.

** Victor’s mom proudly shared that against all odds, Victor has just passed his 45 day trial in a mild/high functioning class and is excelling! He is excelling in his classwork, able to play on the playground with the other children (after being kept isolated in a fenced area in the past) and thriving...all things that his mom expresses were simply not possible just a few months ago before coming to Carousel Ranch. Way to go Victor!